If you're looking for a laugh-out-loud adventure tale featuring goblins, witches, an invisible dog and the odd ginger biscuit, then look no further then David Ashby's brilliantly witty debut, Gribblebob's Book of Unpleasant Goblins.

The tranquil charms of Uppington Down are torn apart one day when sister and brother, Anna and Nils, meet the alarmingly rude Robert Gribble on their way home from school. Little do they know he is actually a goblin called Gribblebob from the other side of the veil. Before long, Anna and Nils lives take a bizarre turn and they find themselves joining forces with Gribblebob and his nearly not-there-dog Dimple, in a desperate battle to stop Mara, the queen of nightmares, opening a hidden book of power and spilling terror across the world.

Ashby has written a genuinely hilariously funny and inventive tale in Gribblebob's Book and has created some equally crazy and charming characters that I won't be forgetting anytime soon. With a fast-paced plot and achievable short chapters, young readers of 8+ will be kept engaged and entertained until the very end. But underneath all the goblins, witches and wolves, Ashby has written a heartfelt message that the power of sibling love can put an end to any dark and dreary nightmare. I do hope we see more of Gribblebob and the unlikely heroes Anna and Nils in the near future! Fittingly captured with a colourful and quirky cover, Gribblebob's Book of Unpleasant Goblins is perfect for fans of Roald Dahl and Steven Butler!

The wonderful David Ashby has written a fascinating feature on how his interest in the use of language influenced the writing of Gribblebob, the parallelisms of cultural pronunciations and all things teaspoons, for me to share with you!

David Ashby on the Power of Language

Anyway, I loved English. But French… French wasn’t really my thing. I just didn’t get it. Those odd sounds you had to make, the way you had to twist your mouth just so, I couldn’t manage it. It didn’t help that when I was around eleven I had a bad stutter and the rest of the class found it highly amusing when I had to read out French phrases. So, language: Yes, languages: No.

As we know, however, fate has a sense of humour, and so it was that I found myself at 38 moving to Sweden. Now, the level of English in Sweden is incredible, if you wanted to, you could get by living here just using English. I think, though, that if you are going to live in a country it is only polite to try and make an effort to speak the language. So, I took lessons, I listened to my wife’s family and friends, the radio and so on and I managed to sort of get it. And I am so glad! Not because it allows me to really bond with Swedes and assimilate into the culture, no. They can hear I’m English the moment I start talking in Swedish and switch to English, so, no, not because of that. No, I’m so glad because it has really made me look at words differently. Whereas before I just accepted that things were called what they were, and that was that, now I have learned to see the history of them, to see the connections, the absurdities and to realise all the things I missed over the years.

This new way of looking at words has definitely affected my writing, and I don’t think I could have written Gribblebob’s Book of Unpleasant Goblins without it. Let me give you an example. Some time ago I was at the supermarket, standing by a rack of herbs, when the gentleman stocking the shelves accidently bumped into me. “Oh, förlåt” he said (Oh, sorry). “Ingen fara” I replied (No problem). “Ingefära?” he responded (Ginger) and lent past me to pick out a jar of dried ginger. At first I was very confused, but then I worked out where the confusion had come from, that similarity in pronunciation.

So, when I was writing Gribblebob I just found that this playing with words seemed to find its way onto the page. Gribblebob gets his words mixed up, and a lot of this comes from me now seeing how words are put together, how they mean slightly different things if you put them together in slightly different ways, how a misheard expression can be very confusing, and a little bit funny, how ham sandwiches can very easily become jam hand witches. I honestly don’t think that all of Gribblebob’s mixed-up vocabulary would have come so naturally to me if I hadn’t had the experience of living in Sweden and learning Swedish as an adult. I don’t take words at face value any more. I guess, in a way, I used to see language as being locked: you want to say that, then you use this word, but Swedish has given me a key, and now I really feel how free and fluid words and language can be. It’s liberating and exciting and when I write now, it feels that there are no boundaries, no borders.

I now look at words in English that I’ve always taken for granted, such as teaspoon for example, in a different way. A teaspoon is a teaspoon is a small silver item of cutlery. I’d never really considered it, it is what it is, but when I come across the word in Swedish, tesked, I break it down: Tea. Spoon. A tea spoon, a spoon for tea. A spoon that goes with tea. And then my mind starts to wonder about why it is a tea spoon and not a coffee spoon. Are there coffee spoons? Are they bigger or smaller than tea spoons? And why table spoons? The Swedish language seems to make my brain work in a different way. I really see words now, think about them, not just accept them.

Incidentally, I overheard my daughter speaking to one of her friends at school the other day, she said: “Nej, min pappa kan inte prata Svensksa” (No, my dad can’t speak Swedish).

I guess I still have a long way to go with languages. Where’s Mrs. Swedish when you need her?

Written by the wonderful David for his Gribblebob book tour!

Gribblebob's Book of Unpleasant Goblins is out on the 28th March and available from Pushkin Press here, or any major UK book retailer. Thank you Pushkin Children's for sharing Anna and Nils adventure with me for an honest review.

If you enjoyed Gribblebob's Book of Unpleasant Goblins be sure to check out... 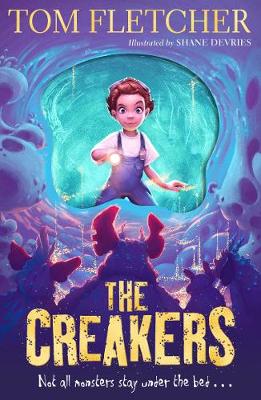 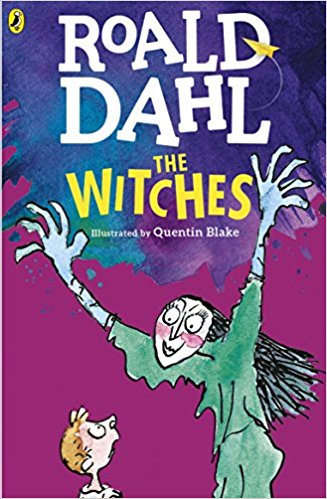 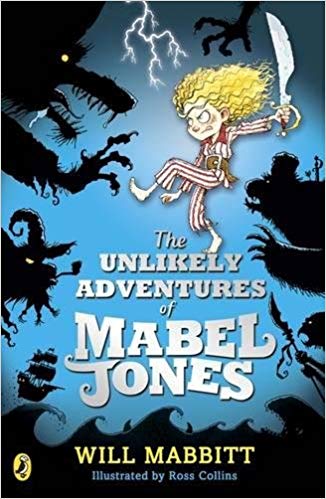 A Typical Writing Day by A. M. Dassu